Featured Work 1: Radix Malorum (The Campsite on the Mound) Acrylic on Canvas, 10″ x 10″

“Through some cosmic legerdemain, Summer has disappeared, and Fall is upon us. With it comes the gloom and the rain and all the other wonderful things that Autumn has to offer. In honor of the onset of darkness, Portland’s Good Gallery is hosting a group show entitled Good is Evil. I painted the picture above specifically for this exhibition. The title is an oblique reference to the Pardoner’s Tale, but the setting is pure backwoods Virginia… not the real backwoods Virginia, of course, but the dark, swampy Virginia of my dreams.”

With a penchant for magic realism and one-of-a kind story telling, Michael McDevitt guides us into mysterious, familiar, mythic, and colorful lands which sometimes seem to move and shift between dimensions as soon as we arrive. He applies representational and imaginative styles in the creation of thoughtful works which are both raw and elegant. His work draws us into both the beauty and decay of every day life and of the worlds he reveals which might be just under the surface or around the corner in our dreams. He also creates in-depth multi-element compositions and site-specific installations (see more in the slideshow below).

Other Featured Works: Slideshow of Art

“I’m leery of attempts to present art as a monolithic entity. On a personal level, art is a compulsion– like an alien symbiont that has attached itself to my psyche, or a chronic mental disorder that keeps me from fulfilling my full earning potential. At a larger scale, though, I’d say it is the part of humanity that deals with non-utilitarian parts of culture– imagination, decoration, speculation, extrapolation, fantasy, fear, etc. As often as not, art does turn out to be societally useful. But I think that is of secondary concern, dealing with the implementation of art, rather than its creation. Metaphorically, I think art is society’s compost pile– it breaks down old forms and transforms them into new forms that can be re-assimilated. It doesn’t build the structure of society, but it provides a fertile ground and keeps the culture from becoming cruel and impoverished.”

“Prior to graduate school, I sorted my work into three piles: analytical, observational, and metaphorical. The analytical involved a lot of collage and diagrams, and it was influenced by computer desktop and the “flat-bed picture plane” (though I hadn’t read Steinberg yet). The observational work was realist and based around technical improvement. In turn, it fed the metaphorical work, which was stylized, aesthetically driven, and largely narrative. I set the analytical to the side, since I couldn’t get it to work reliably, put the observational in a subservient role, and prioritized the metaphorical. In grad school I came to be fascinated with the mechanics of comics, specifically the narrative space created by the gutter between panels. This culminated in an installation called The Shooting, which told a single narrative through images and objects arranged in a stage-set simulation of a living room.”

“These days, I’m reassembling something coherent from the mess of ideas that grad school produced. So, I’m getting back to basics– drawing, painting, keeping a sketchbook. It’s important to cultivate the soil, so to speak; you can’t just expect it to produce crops indefinitely.

I’m also working on a large-scale installation, called Subsidence that will be exhibited this fall in the Pearl Conard Gallery in Mansfield, Ohio. Essentially, the show is about living with the perpetual feeling of sinking– about personal depression, as well as the general malaise affecting American culture. It’s not just gloom and despair, though. It’s also about the perseverance and hope that it takes to create a space for joy when there is this feeling of wrongness perpetually seeping in. The aesthetic is somewhere between an illegal, roadside dump and a middle-class, domestic interior.  It’s very multi-media, and I intend to employ some of the narrative strategies that I used in The Shooting.”

“At the moment, my hopes are focused on getting Subsidence created and installed. It’s the biggest project I’ve attempted, so it’s going to be full of challenges, both expected and unexpected. I’m also looking forward to a month in Lefkada, Greece with the Sfakiotes artist residency, which will also require serious preparatory work to pull off.

In a larger sense, I’m trying to transition from grad student to professional, so I’m hoping that I can find a niche where I can create, teach, and have a community.  I only seem to know how to do things the difficult way, though, so I’m making that transition from the mountains of West Virginia, where my partner is getting her MFA.

I guess right now my hopes are pretty focused on achieving some degree of stability and sustainability… figuring out that elusive balance between living well, being solvent, and making meaningful work.”

5. Do you want to add anything?

“Since I have this little soap box to stand on… I’ll say that I think we have inconsistent and conflicting ideas of what it is to be an artist, leading to dysfunctional notions of artistic success. I attribute this to the contradiction between our expansive idea of what can be considered art and our stubborn desire to treat art as a single, unified entity. As such, we have all these divisions and schisms between different kinds of art workers— conceptual, technique-based, decorative, functional, illustrative, theoretical, pop culture, outsider, comics, etc, (not to mention art history, art criticism, art direction, and other associated fields). Since we want a singular entity to go with our singular noun, it becomes problematic to have contradictory definitions being used. This results in a constant defensive bickering about validity and relevance, and continual attempts to delegitimize other art workers with conflicting values. “Oh, sure, landscape paintings may be pretty, but they’re purely derivative pap meant to beautify the walls of the complacent.” “Did you see that? He just leaned a piece of glass against a wall and wrote 12 pages about it… what a bunch of BS!” “Yeah, she’s good, but her work is… just illustration.”

It drives me crazy. To society at large, it’s ALL art, but instead of locking arms and being a powerful cultural force, we’ve got all this in-fighting and squabbling, and it makes us look silly and weakens our position in society.

Born in California and raised in Virginia, Michael McDevitt has lived throughout the USA and in Argentina.  He has worked as an environmental educator aboard numerous historic tallships, as field research technician for the University of Washington, and as the gallery manager for Print Arts Northwest. He holds an MFA from the Ohio State University, BFA in Painting & Printmaking from Virginia Commonwealth University, and a BS in Biology from the College of William & Mary.  He has also studied at Gage Academy of Art, Anderson Ranch, the Augusta Heritage Center, and the Escuela Superior de Bellas Artes in Buenos Aires.  He currently lives and works in Morgantown, WV. 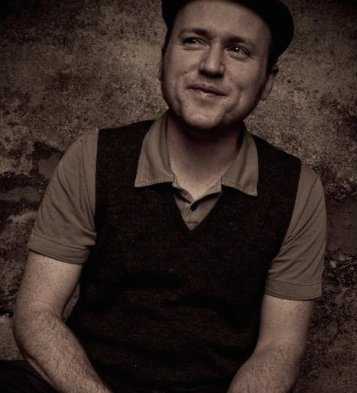