Khalid Albaih is a a social media independent political cartoonist, designer, and public speaker. His images “rose to prominence during the early stages of the Arab Spring protests in 2011,” according to his site. He explores and translates many moving and controversial international topics within his accessible drawings. The cartoons are balanced and striking, witty and somber, and the care he has put into each line and hue is evident. He shares in a CNN interview:

All my work is free online under Creative Commons license. I do not make money off these cartoons. I draw because it’s the only thing that I can do to try to make sense of whatever is going on by starting a discussion.

Khalid Albaih shared on Instagram on October 13 that he “will be giving a talk in #DC –Sat. Oct 15/ Lincoln Theatre/ 4:30pm –as part of @creativetimenyc, as well as a exhibition in our @Culturunners #RV this #weekend.” 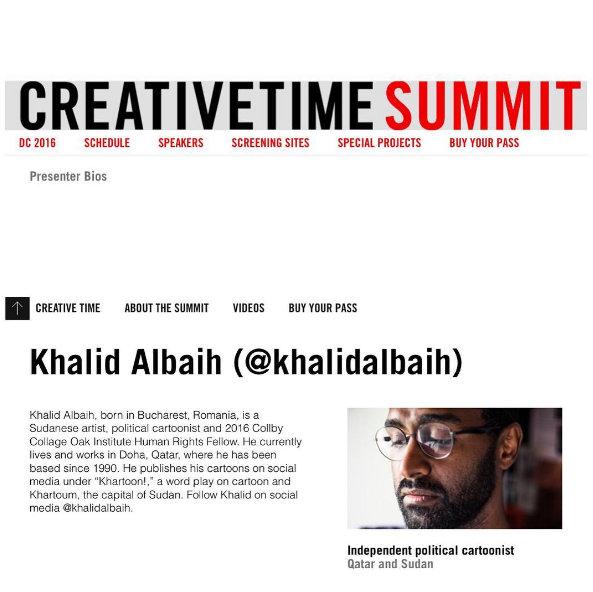 I made nothing. Because we were told growing up in the MENA region [Middle East and North Africa region] that we CAN’T do anything. Just watch things being done and don’t do anything about it.

Political art, cartoons. Because I did it, and now I can’t stop.

More hope. And more people to do what they can.

What else would YOU like to say? Msg me!

@khalidalbaih is a Sudanese artist and political cartoonist that was born in Bucharest, Romania in 1980. He currently lives and works in Doha, Qatar, where he has been based since 1990. He publishes his cartoons on social media under “Khartoon!,” a word play on cartoon and Khartoum, the capital of Sudan. Albaih has published his cartoons widely in international publications including The Atlantic, PRI, and NPR, in addition to his published written social and  political commentary in publications such as The Guardian and Al Jazeera. His work has been exhibited in group exhibitions including “do it [in Arabic]” (Sharjah, 2016) and “RE:BELLION // RE:LIGION // RE:FORM – Artistic Action in Times of Crisis” (Zwickau, Germany, 2015) as well as solo exhibitions at Virgina Commonwealth University ( Doha, Qatar, 2016), 1After360 Gallery (New Delhi, India, 2016), the Arab American National Museum (Dearborn, MI, 2015), McGill University Montreal, 2014), and Edge of Arabia (London, 2013). 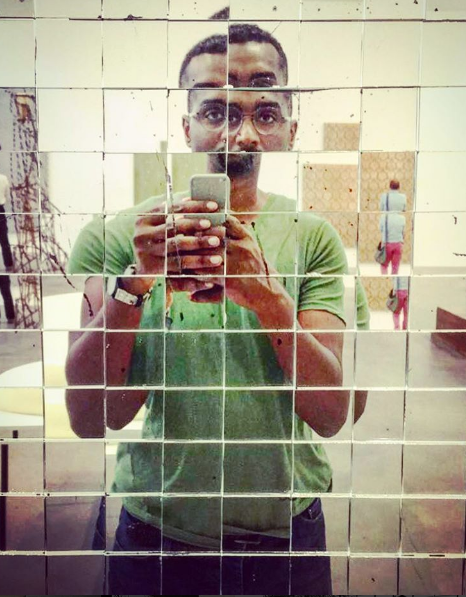